Following 20 years of travelling, Charles Vexenat has finally put down roots in Ibiza, setting up Bar 1805 - an eclectic, Mexico-inspired, French cocktail bar and restaurant nestled deep in the Bohemian heart of Sa Peña.

Wander through the precarious, cobbled back-alleys of Ibiza Town’s rustic Sa Peña quarter, and you’ll likely hear the calm interrupted by a booming cackle. Yes, Charles Vexenat, creator of the Green Beast and twice-crowned World's Best Mixologist, is not a man easy to miss. Ricocheting off the picturesque whitewashed walls surrounding Bar 1805, Charles’ laugh serves as a good introduction for the man himself: larger than life, eccentric, unexpected and occasionally bordering on the absurd - yet undeniably genuine.

After years at the helm of the London bartending scene, working at iconic cocktail institutions such as The Lonsdale, Che, LAB and Hix, launching his own solo venture was no surprise. Small and quirky, his Mexico-inspired, French cocktail bar and restaurant, Bar 1805, was opened three years ago in collaboration with Pernod Absinthe.

To Charles, it’s an area that suits Absinthe. “It’s a Bohemian feeling around here… and maybe a bit shady in places,” he laughs. The ideal home for Bar 1805 then? “Yes, but we’re not an absinthe bar,” he corrects. “I don’t have 150 absinthes and I’m not 80 years old with a big beard…yet. We’ve just one absinthe, Pernod Absinthe, French and the original.” 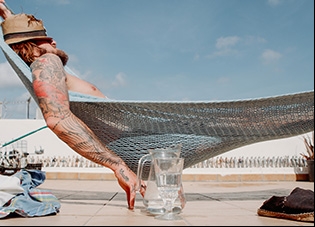 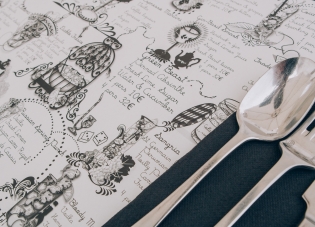