The unique distilling process created by Henri-Louis Pernod in 1805 is now back in its traditional version. After years of being banned, forgotten by history and time, the spirit once again flows from the copper stills. 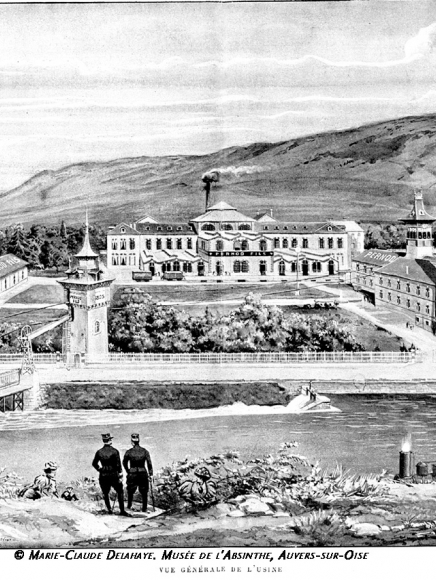 Absinthe had established itself as the pre-dinner drink by the mid-19th century, with 'The Green Hour' known by all as the early evening moment to enjoy the drink. Parisian bars echoed with the cry of 'Garcon, un Pernod!' so synonymous was the Pernod name with quality. 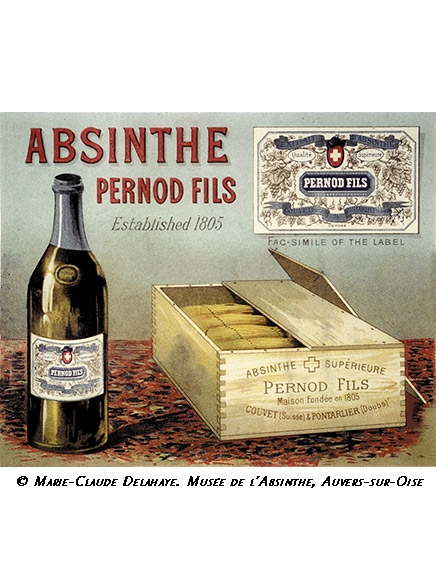 The ancient Greeks were the first to discover the benefits of grand wormwood or artemisia absinthium.  it was  Madame Henriod from Couvet, in the Val de Travers region of Switzerland, who first used the plant to create an absinthe in the late 1700s.

The 'absinthe elixir' was adopted by a French doctor, Dr Pierre Ordinaire, who promoted its medicinal benefits, before the recipe was sold to Major Daniel Henri Dubied, a local businessman. He saw potential for absinthe being distilled commercially for non-medical purposes. There was only one problem: he didn't know a thing about distilling. Enter 21-year old Swiss distiller, Henri Louis-Pernod.

A global brand is born

Pernod helped Dubied set up a small commercial Swiss distillery in 1798, but by 1805 Pernod had opened his own Maison Pernod-Fils distillery in Pontarlier, France. Pernod Absinthe's popularity grew rapidly as a recreational drink in the bars and cafes frequented by writers, artists and the upper classes.

By 1827, Pernod and other absinthe producers had begun to export to America and the French Colonies. By 1840 Pernod's business had doubled, with branch distilleries opened to meet demand. After Henri-Louis Pernod's death in 1851 the family business continued, with a new distillery opened at Pontarlier in 1878.

And by 1910, France was consuming 36 million liters of absinthe per year, where the wine industry was the livelihood of one person in six, so absinthe was causing considerable ecomonic tension.  In 1915. the production of absinthe was outlawed by the French government, and Pernod switched focus to creating other spirits.

In 1988 a Europe-wide law allowed for wormwood to be used in alcoholic beverages. A revival of absinthe-based drinks began. 'Pernod with extract of Absinthe Plant' ' a lower proof, absinthe-based version' went on sale in 2006.

In 2007, the USA lifted the ban on absinthe when it was concluded that the thujone (the questionable chemical in wormwood, the base plant in absinthe) was not present in levels unsafe for human consumption and very controlled.

France followed suit in May 2011, when the law was finally abolished and Pernod recovered its original name: Pernod Absinthe.