One of the few serious cocktail bars to poke its head out from the Marais, Le Coq is located just to the north of busy RÃ©publique.

Setting itself apart from the Parisian trend of 1920s speakeasy bars, Le Coq is open and light with the space (and encouragement), to dance the night away with friends. Matt black walls, low tables, exposed brick and large, monochrome murals set a distinctly arty tone.

Le Coq is inspired by the glamour and quirk and of the 1970s â with an enticing splash of French libertine.

The Cocktails
Mixologist Thomas Girard explains Le Coqâs cocktail making with pride â and for good reason. This is no simple mixing, this is alchemy.

Many of the drinks are made using seasonal ingredients such as truffles for the Dry Martini Ã  la Truffle, or blackberries (from Thomasâ garden nonetheless) for LâAmour Amer. The delicious, Baudelaire-inspired Les Fleurs du Mal, features rose infused vodka along with Pernod Absinthe, lemon juice and orange zest.

Le Coq may have a strong London influence, but the cocktail list distinguishes itself by using traditional French liqueurs and ingredients. Particularly exploiting the French taste for bitter aperitifs to include ingredients such as Vermouth, Noilly Pratt and Suze.

All of the infusions, extractions and blends are created by hand in the âlabâ tucked into a corner of Le Coqâs kitchen. Normally the domain of high cuisine, Thomas and his team use the sous-vide technique to infuse flavours, or to create blends such as the BÃ©nÃ©dictine-Bourbon mix found in Initials B.B. âWe âcookâ the alcohols at a very low temperature for up to 24 hours,â explains Thomas, âthis way they create complex associations, as if it is a completely new drink rather than a mix of twoâ.

Le Coq even claims the boast as the only bar in France to own a rotary evaporator â a vertical water condenser allowing an expert and precise form of mixology. Yup, order a drink here and itâs not just taste and style youâre gettingâ¦ Itâs science. 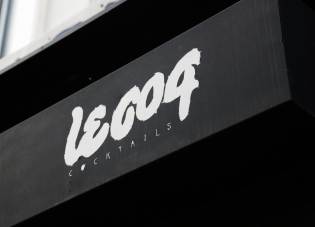 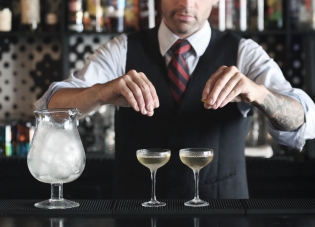